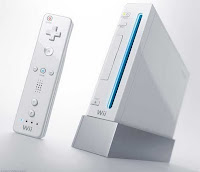 I can’t believe it! it seems like only yesterday when I was so excited on my birthday just to have got a Nintendo Wii with shortages let alone managing to get 2 (which I later sold on Ebay)

3 years on and I’m not nearly playing it as much as Id like to, actually the only game I’ve completed is Super Paper Mario with a little help of some walkthroughs on youtube.

With the Launch of the BBC iPlayer on the Wii and the new Super Mario Bros. Wii I might even start to use it more rather than it just collecting dust.

I just wish it could play DVDs at the very least if not have full DIVX from USB support which it is more than capable of doing – come on Miyamoto, pull your finger out!