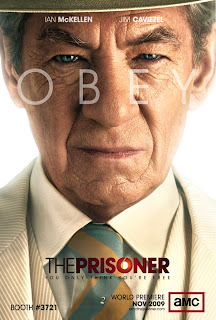 I've just finished watching the new series of The Prisoner, now I’ve never actually seen the original series and I only know that it’s about a guy who’s trapped in a village and if he tries to leave, big white balls stop him (seriously it’s big white balls).

Anyway this series started fantastic, by the first 10 minutes I was addicted. I always know if I like a show by the fact that I’m checking the characters on IMDB to see what else they've been in!

Without giving too much away, it’s Weird, Trippy and a bit of a head fuck but worth a watch as there are only 6 episodes.